By: shichinomiya_s
In: English
With: 0 Comments

Last time, I suddenly published an article titled “[2021] Summary of where to download the Japanese version of Nikon Scan (memorandum)”, which was related to this article.

I unearthed Nikon Coolscan III LS-30, so I tried to run it (since I didn’t find any information that it works on Win10) to see how it works.

I am a Japanese university student majoring in chemistry. I’m sorry if my English is strange.

The difficulty of connecting SCSI from PCIe

Nikon LS-30 uses “SCSI” standard for external communication. I wonder if there are any people in their twenties today who can read “SCSI”.

It has completely lost its market share to the Universal Serial Bus and has become a standard that is rarely seen.

The LS-30 uses a half-pitch 50-pin SCSI port, but today’s PCs, even servers, don’t have a port to plug it into.

I’ll have to convert it from PCIe.

There was no such item, but there was barely a hit for SAS HDDs.

I thought I’d have to go to Akihabara and pick up a C2D generation desk machine with a PCI port, but

The latter won out because I’m the only person who can run a SCSI scanner in 2021.

I connected the scanner to the computer, but unfortunately it didn’t recognize it. I thought it might be a bad contact, so I tried to plug in the power supply (SATA) of the conversion board again, but the plastic inside seemed to have gotten into it and pulled it out.

I returned it to Amazon immediately.

I had no choice but to look for a PCIe SCSI board, and since there was a pioneer who had put it together nicely, I decided to rely on him to check it out.

It seems that these two models can be used, and the pioneer went to the trouble of changing from VHDCI to half-pitch 50-pin, but there is a half-pitch 60-pin for internal wiring, so if you use a cheap conversion connector, it can be used normally. 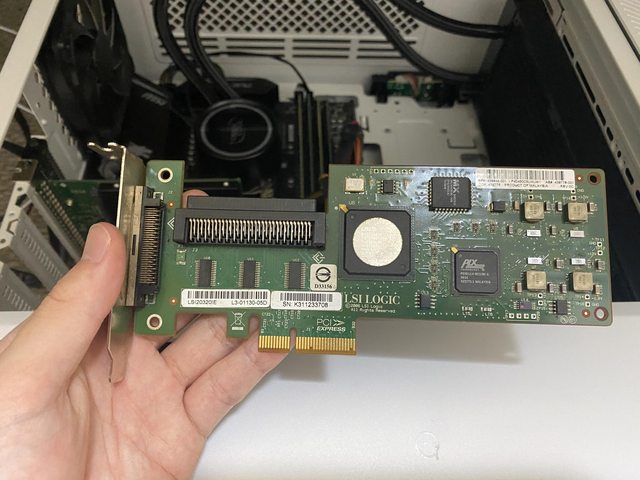 Anyway, when I plugged the LSI20320IE into my PC, the board caught fire, so I contacted the seller, and he sent me a new one right away. God’s response.

So the preparation for SCSI connection is complete. From here, I have to fight the driver problem.

By the way, I bought the wrong cable by mistake, and it seems that the cable alone cost me $100. The reason why I am writing this article is because I want to reduce this kind of wasteful spending.

There is no standard driver for LSI20320IE. 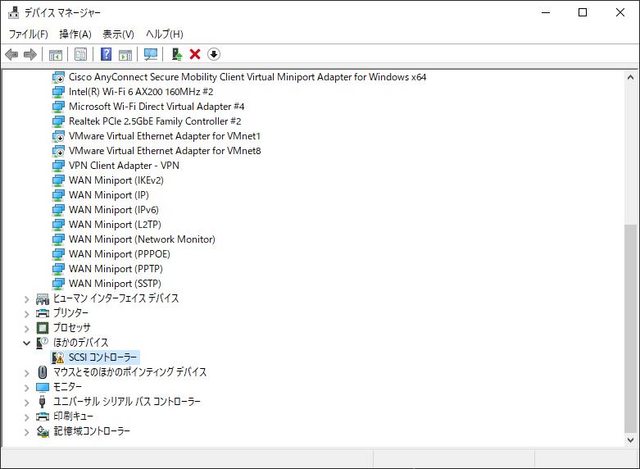 This board itself seems to have appeared around 2007, so I thought PuP would recognize it when I plugged it into Windows 10, but it didn’t.

The driver I got from LSI’s website was “unsigned”. That’s bullshit.

I had no choice but to disable the driver signature from recovery and install it, but BSoD said hello at boot time.

Apparently, they’ve made it so that if there’s an unsigned driver, it won’t boot normally, so I disabled the signature and put it in test mode and it booted.

Since I picked up Nikon Scan 3 in the last article, I thought I could use it just by installing it, but it was impossible.

When I bought the paid software called VueScan, it seems to come with a driver, but since I wanted to get it done for free, I wondered if there was a driver that had been converted to 64bit by a volunteer.

I found it. It’s a weird site, so I threw it to VirusTotal, but it seems to be OK.

I searched for “.inf” with a text editor and found the following notation.

This is VueSc….. Oops, looks like someone’s here. It’s a gray color that’s closer to out and more of an out.

So, I maturely added VueScan. The driver seemed to be installed in the used version, and it was recognized normally and worked without problems.

The only problem is that it often hangs up, and I have to turn off the power to get rid of it, but it seems to be usable. 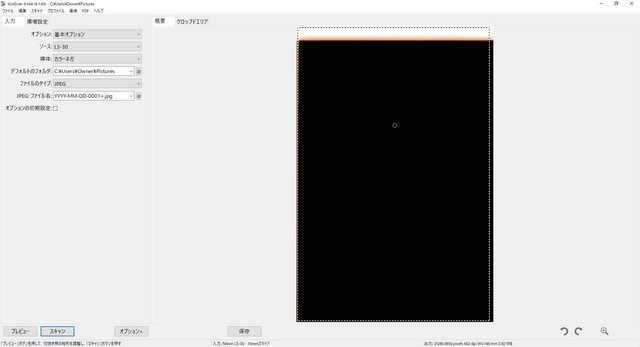 It’s also recognized in the device manager like this. This is a success. 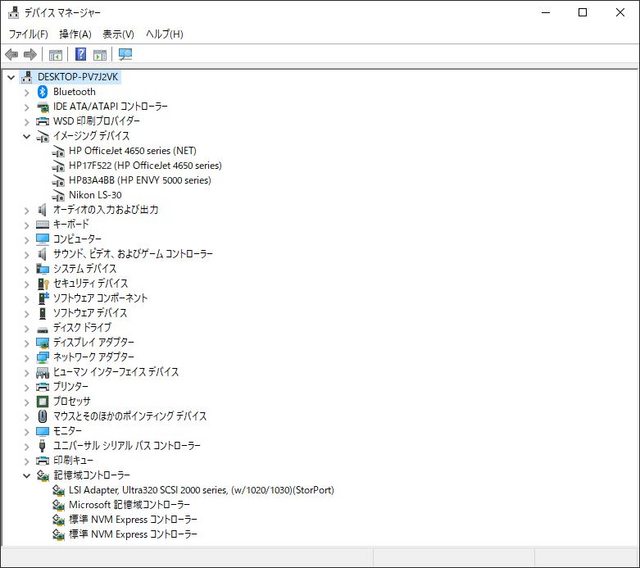 By the way, I tried to open Nikon Scan in this state, but it didn’t work. The driver is issued by “Hamrick Software”, so it must be a completely different driver and not recognized.

It took me two weeks, an admonition, and Mr. Higuchi to achieve my mysterious goal of simply “running a SCSI film scanner on Windows 10. Well, I guess I should think of it as a knowledge fee (crying).

I’m not going to use it, so I’m going to sell it on Yahoo, but since I probably won’t be able to recover the original price, I’m going to tell the winning bidder about this article. See you soon.